This week we’re celebrating great news: four years after we started campaigning for a connected grid of protected bikelanes in the CBD, Labor’s Lord Mayoral candidate Patrick Condren is on-board.

The Labor for Brisbane City Council team have recognised the imperative to reduce the number of cars in the CBD to make Brisbane a healthier, friendlier place to do business, shop, and visit for entertainment. Reducing the priority of motor vehicle traffic and making it safer and more pleasant for people to walk, cycle, and scoot instead is a key step forward.

The announcement was covered positively in the Brisbane Times, and even the RACQ got on board (which, we should point out is consistent with their position throughout our campaign on this).

The Courier Mail article on the topic described us as a “cycling enthusiasts group”, and Patrick Condren as an “avid cyclist”. But at least it included his points:

“You have empty cars cluttering up streets that could be filled with cyclists and pedestrians.”

and  “The benefits for traders in places that have made the move to inner-city bike lanes are well proven.” 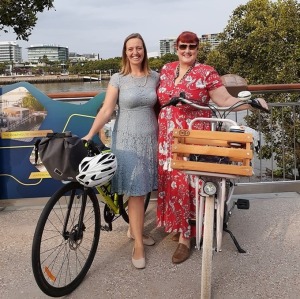 We should also point out that Labor aren’t the first to support our calls for a grid of protected bikeways in the CBD. The Greens committed to building the CBD grid before the last election four years ago, and have remained strong in their advocacy for better active transport and greener streets. Greens’ Lord Mayoral candidate Kath Angus had this to say on the topic:

I just want to see it built. I don’t care whose idea it is. Our CBD is a hot mess for bicycle users, and a minimum grid is well overdue.

To us it’s obvious that fewer cars in the CBD would make for less noise, less pollution, less heat, more space to move people, and more room for shady trees and city life. But not everyone is there yet. Well done to Patrick Condren and the Labor for Brisbane City Council team for pushing this plan for a better city. Will our incumbent Council administration wake up to the fact that better city planning is long overdue? They have had four years to act on our proposal for a grid of protected bikeways in the CBD – one of the most cost-effective ways to do the “congestion busting” they’re so keen on. It’s time to shake off Quirk’s legacy of car-centricity and set Brisbane up for a sustainable, healthy, and prosperous future.

Oh look, protected cycleways work to get more people cycling. Who’d have thought? (Answer: everyone who has thought about it at all). Since we don’t have our own Walking and Cycling Commissioner, let’s at least heed the words of Will Norman who holds that position in London: “Enabling more people to cycle is vital to tackle some of the biggest challenges facing London, such as our toxic air, congestion and the inactivity crisis.”

Also, speaking of mayors, in the UK, electric bike manufacturer VOLT challenged the mayor of Bristol to cycle to as many of his engagements as possible over a 2-week period to raise awareness of electric bikes as a viable alternative to driving. Mayor Marvin Rees completed the challenge with flying colours, cycling to work each day, and attending all but one of his official engagements by bike. This is leadership:

Encouraging people to try active and sustainable travel options is key to our ambition to improve people flow across Bristol. Giving residents realistic alternatives for moving around the city and connecting them to people, jobs and opportunity is essential as we continue to grow and make Bristol a more inclusive place. Cycling is also an accessible way for people to fit in physical activity.

In other local news

Last weekend, Andrew and Marg joined a group of other local residents on a bike ride organised by Matt Campbell for Coorparoo to check out some of the paths and missing links around Buranda, Stones Corner, Coorparoo and East Brisbane. It’s great to have someone who rides to work himself and is such a strong advocate for active transport running for Council in 2020. 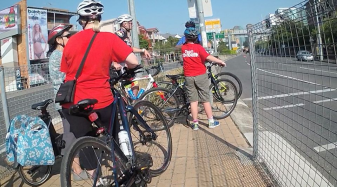 On Wednesday we joked that we had been checking out the interesting parcel under the Christmas tree near the corner of Alice and Edwards Streets in the CBD, and confirmed it did feel very much like a new piece of bikeway! We were hoping it would be fully unwrapped and that we’d get to ride on the new Botanic Gardens Riverwalk for Christmas. Lo and behold, the next morning it was open… 🎁🚲🥳 (Perhaps our invitation to the celebration got held up in the Christmas mail?) 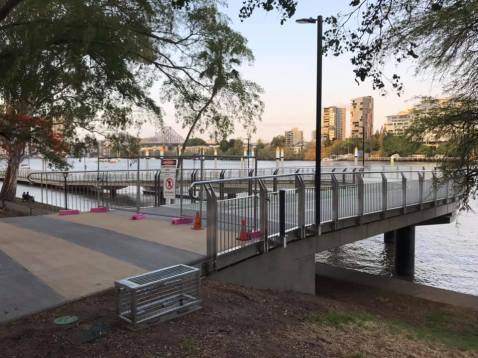 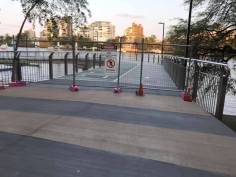 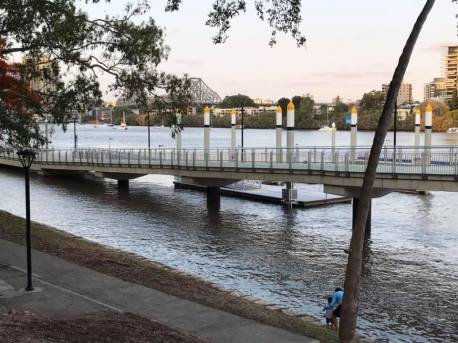 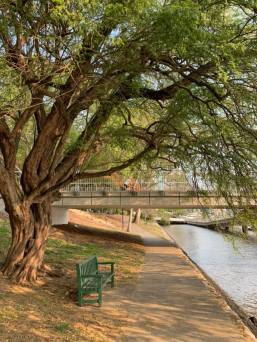 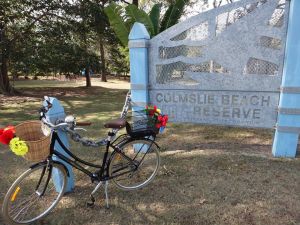 In the eastern suburbs, EaST BUG have written to Council asking that the upgrades to Colmslie Beach Reserve include bikeway connections so that people can access the park even if they don’t drive or have access to a car. Their submission calls for:

It’s important that all residents have access to green space and recreation opportunities, without having to drive to reach them, but currently the pedestrian and cycling connections into Colmslie Beach Reserve are very poor. 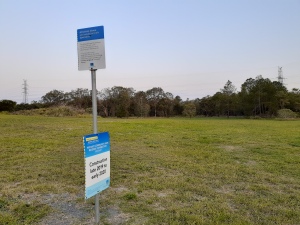 EaST BUG are now preparing a submission on Wembley Park in Coorparoo. Meanwhile, Belinda has been to check on progress on the proposed bikeway in Wishart Community Park, Wishart. The shared pathway in Wishart which doesn’t really connect anything is proposed to be 3m wide, whereas the path through Wembley Park which is used by a lot of people to walk to Coorparoo Station – and which is potentially a key local cycling link once the current squeeze points are removed – is only 2m.

It’s frustrating to find that the new bike parking rails installed at Eight Mile Plains bus station as part of the $4.5million carpark expansion have been placed out in the open. In fact, some of the rails that were previously under cover have been removed. Over time, sun exposure breaks down components like bicycle saddles, handle-bar grips, and pannier bags, so even if you have a “beater bike” for leaving at the station, most people will prefer to leave it where it will receive some shade.

As well as a tragic week for Australia in relation to fires, it was a horrible week for road safety – particularly for people riding bikes. We don’t dwell on tragedy because it can too easily turn people off what is essentially a very safe and healthy activity – riding a bike. But our hearts are heavy for the families, friends, colleagues and communities in NSW, Victoria and South Australia who received the worst possible news in a week that should be full of celebration. We also want to acknowledge the hard work of the many individuals and advocacy groups, large and small who are trying to improve community and government attitudes to road safety.

That’s why we’ve pinned this at the top of our Facebook page for the holiday season. Do yourself a favour and find 40 minutes to watch this powerful crowd-funded video. Better yet, convince your friends, family, colleagues, councillor, and member of parliament to watch it with you!