Space for Cycling Brisbane came was formed in 2015 in the lead up to the Queensland Local Government Elections.  Having raised 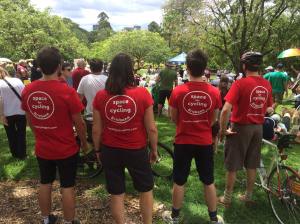 the profile of cycling during this campaign it was decided that we would keep working together and revise our policies for  the upcoming Federal Election and also the next Queensland State Election.