The Indooroopilly Bikeway is back in the news, with Council announcing updated plans for the complete link (stages 1 and 2) last week, and today the full cost has been revealed: $58 million. 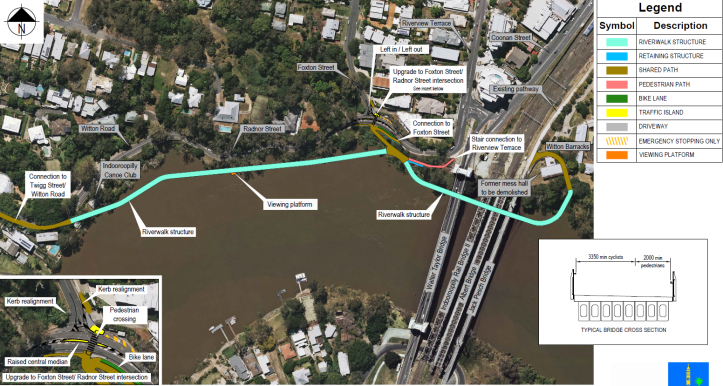 That is obviously a huge chunk of money relative to Council’s current budget of around $25 million per year for bikeway projects. But it’s also important to keep it in context: this Council proudly boasts of the $1 BILLION they spend each year on roads; they’ve spent around $700 million widening Kingsford Smith Drive alone. Building out over the river is a very expensive solution; we know that from the New Farm Riverwalk, which cost around $75 million for 900m, but also provided a salient lesson when the old structure washed away in the 2011 flood: there’s no point building a low quality structure in such cases.

There can be no arguing that this connection is unimportant. There are 3 large high schools on (or just off) Lambert Road with over 5,000 students, and another high school at the western end of the new path. The University of Queensland also has significant numbers of staff and students who live within the catchment of the Centenary Cycleway, and this new path will make cycling an attractive option for them. There is a real absence of direct public transport to UQ from the south-western suburbs, so it induces a lot of motor vehicle traffic which is ripe to be substituted for active transport. 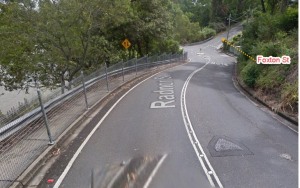 The Indooroopilly bikeway will connect all those destinations, and avoid Radnor Street which is hostile and dangerous for cyclists and pedestrians alike.

It also connects the southern suburbs from Chelmer south to the Western Suburbs by bike, enabling easy access from Jack Pesch Bridge, through Witton Barracks park onto the proposed riverwalk and then to the Centenary Bikeway (although the Kate St crossing needs improvement!). There is significant motor traffic generated in this area because of the lack of alternatives. 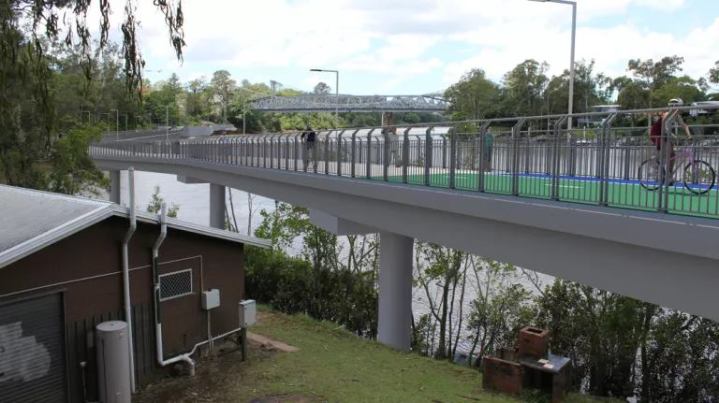 Cycling infrastructure often has a benefit cost ratio of 4:1, meaning Brisbane ratepayers will more than earn that money back as people leave their cars at home and utilise this fantastic infrastructure. It’s certainly a better spend than $200 million or more to duplicate the Walter Taylor Bridge which would induce more congestion through the southern suburbs of Chelmer, Graceville and Sherwood, and north through Indooroopilly and Taringa.

We back this project. At the same time, it highlights that Brisbane City Council should be investing far more than $25m per year to building the active transport network. In addition to big-ticket items like this, we should be looking at many more cheaper and high value solutions.

Some history and commentary on this project: