Brisbane City Council’s Public and Active Transport Committee meeting on 23 October 2018 was presented with a plan to re-route stages 4 and 5 of the North Brisbane Bikeway, sending it west from Wooloowin to meet the Kedron Brook Bikeway at Lutwyche, via Chalk St, Kedron Park Rd, Wellington St and Bradshaw St. We have raised concerns that the presentation and subsequent discussion omitted or obscured some key issues which should be taken into account by Council when deciding the future of the North Brisbane Bikeway:

First, it’s important to note that the preferred and most direct route for the North Brisbane Bikeway is to continue from Wooloowin along Dickson St, Dawson St, and connect to the Kedron Brook Bikeway at Shaw Rd. This provides for people heading to Eagle Junction, Toombul, Nundah, and the Brisbane Airport precinct (the third largest employment area in Queensland) as well as those heading towards Chermside.

The route previously proposed by BCC to connect from Wooloowin to the Kedron Brook Bikeway via Price St, Kent Rd, Park Rd, etc was something of a compromise, as it is much less direct. However most riders supported that proposal as it offset the increased distance and complexity with the benefit of a fully separated cycleway along the busiest streets. It also passed a number of local businesses which would have benefited from being on a family-friendly cycleway. Also, perhaps ironically, that route would have had very little impact on parking, as it passed through a low-density residential area where very little of the kerb-side space is actually used for parking at any given time. Not withstanding the complaints of a few vocal residents, removing on-street parking from one side of Kent Rd and Park Rd would have had negligible impact, as ample space to meet demand would have remained available just meters away on the other side of the road.

Comparing the latest iteration (via Wellington St), and concluding that it is only a minor detour compared to the Kent Rd route, is therefore misleading. If you consider the route from Wooloowin to Toombul, the diversion via Lutwyche is clearly significant and unreasonable for someone riding a bike for transport rather than just for leisure or exercise. Even when compared to the Kent Rd route, the diversion west via Wellington St adds a significant distance AND time penalty, contrary to what was presented during the committee meeting. Rough comparisons by northside cyclists indicate that the segment which would take approximately 5 minutes to ride via Kent Rd would take 8 minutes via Wellington St.

Council regularly justifies spending hundreds of millions of dollars on road projects “getting you home sooner and safer”, but only seems to provide that consideration to people travelling by car. 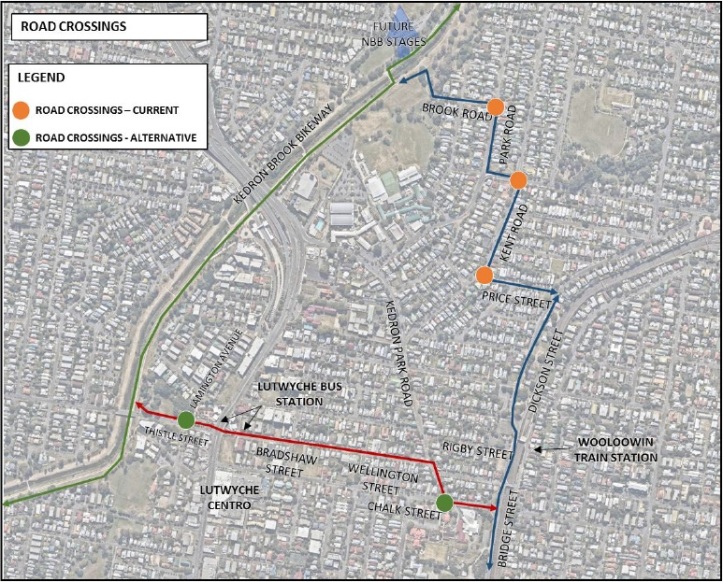 Also in the presentation, no details were provided of how the new route would connect to the Kedron Brook Bikeway across Bradshaw Park – including any impact on the established trees there and potential for objections from neighbouring property owners. There was also no acknowledgement of potential problems and costs associated with making the Lutwyche Bus Station underpass (which is owned by TMR) suitable for a major bikeway. These issues are potential show stoppers, and should be addressed before any decision is made about this route. 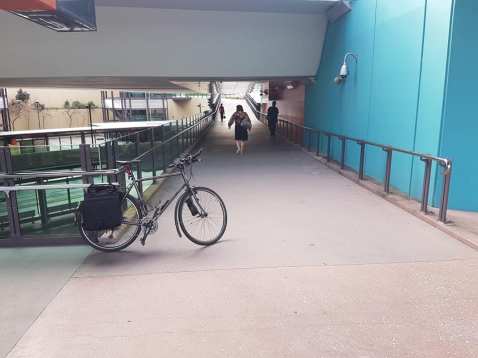 In the committee presentation, much was made of the cost savings of moving to a “cycle street” from a barrier-protected bikeway. However that seems like false economy in the context of Wellington St. Cycle streets with traffic calming and low (30kph) speed limits are a good option where there is very little traffic – such as Brook Rd, which featured in the previous proposal. However Wellington St already has traffic calming which does very little to moderate the considerable volume of through traffic which uses it as a rat-run to avoid traffic lights on Chalk St and access a convenient left-turn onto Kedron Park Rd. No amount of pavement marking or additional street furniture is going to make Wellington St into an environment where it feels safe for a child to ride on the road in front of an impatient driver in an SUV. 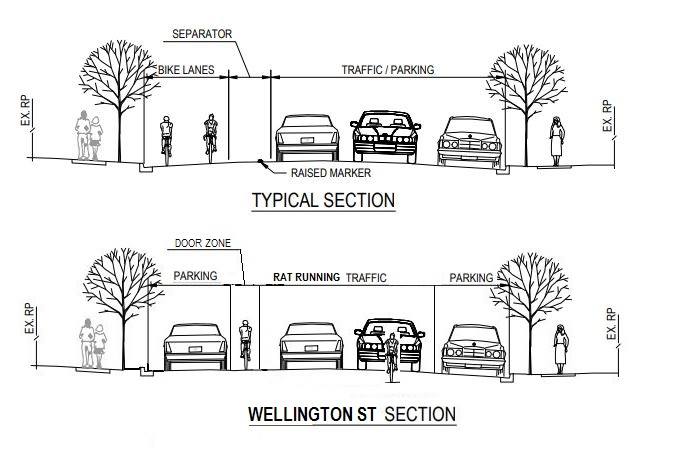 Traffic count data for Wellington St was not included in the presentation, but according to the Queensland Traffic and Road Use Management Manual, cycle streets are only recommended for streets with up to 1,500 vehicle movements per day. We have asked that these figures be made available before Council votes on the recommendation to make Wellington St a cycle street.

We do acknowledge the valid points which have been made about the Wellington St route: it does provide a useful connection for people in suburbs to the west, to the Lutwyche Shopping Centre (via a future additional path), and through a higher-density residential neighbourhood. In particular, we appreciate the input from Marchant Ward councillor, Cr Fiona King, who has obviously taken the time to consider this from the perspective of someone who rides a bike, and who set out the benefits to Marchant Ward residents (as is entirely appropriate).

The proposed new route certainly has benefits, and would be a useful adjunct to the North Brisbane Bikeway, however we believe it’s wrong to discuss it as an alternative to a more direct and fully separated bikeway serving the northern suburbs. We hope that Council will consider the proposal in this full context before accepting the committee’s recommendation.

This week: Greens candidate Amy MacMahon joined us for a ride around South Brisbane; we learned more about the planned CBD cycleways, green bridges, and Council’s Bikeway Enhancements Program. Updates from St Lucia, East Brisbane, Wakerley, Rocklea and Oxley. We invite you to sign up for a car free New Farm Park, and #ParkitForThePlanet.