Well it was a very strange Brisbane City Council election. From what we saw and heard, voting booths were very quiet on Saturday, with over half of enrolled voters making their choice at prepoll locations over the previous 2 weeks, or via postal votes. 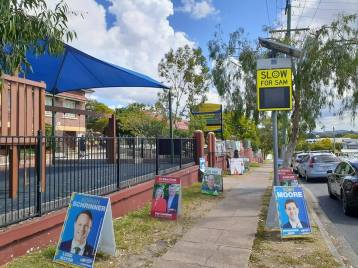 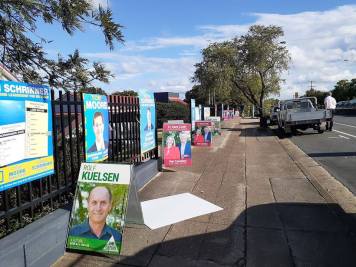 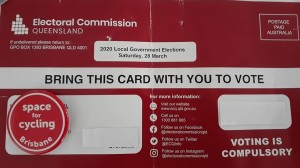 Voters were urged to take their own pen, there was plenty of hand sanitiser at voting booths, and it seemed very well organised to ensure social distancing was maintained, but there was still a lot of fear in the community. Thank you to everyone who turned out to make sure their vote counted for a healthier, happy, more bicycle-friendly city! 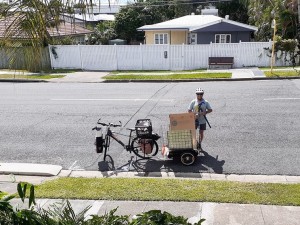 As of Sunday, counting was well underway, but given the huge number of postal votes and how close some of the wards look to be, the final results in a few wards could still be weeks away. Thank you to all the candidates who were part of the community conversation about creating the best future for our city. Special thanks to those who joined us for bike rides and took the time to listen to our ideas for making Brisbane more bicycle friendly. Right now, it’s time to take down the signs. Like everything else, that’s better by bike!

We’ll write an election analysis when we’ve had a chance to absorb it. But in the meantime, you can follow the results as they come in at on the Electoral Commission site, or (with some more predictive analysis) on the ABC.

For the record, and for the future 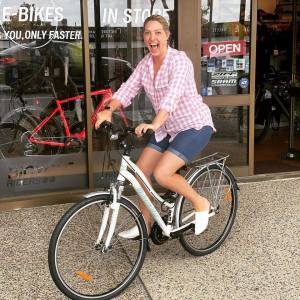 Unfortunately Belinda didn’t manage to get out for a bike ride with her local Morningside Ward councillor, Cr Kara Cook, before the latest calls to stay home where possible and restrict any non-essential travel. Cr Cook even had her bike serviced at the local shop ready to go!

But Cr Cook had previously admitted she contemplated riding to work but was daunted by the prospect of cycling on Lytton Rd or the hills she might have to ride to avoid it. Of course that’s exactly the challenge faced by many families with kids attending Balmoral State High School or Cannon Hill Anglican College (CHAC). So Belinda set out to map a route between the Morningside Ward Office and those schools, which could be suitable for a high school student or an “interested but concerned” adult. 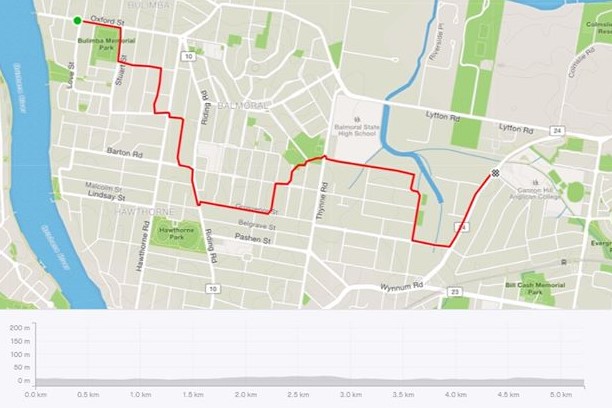 The result is our virtual ride route – which is not ideal in all those aspects, but could be quite good with a few simple improvements. Since Cr Cook appears to have been comfortably re-elected councillor for Morningside, we look forward to working together on ways to improve this and other local connections, as well as the desperately-needed improvements to Lytton Rd. 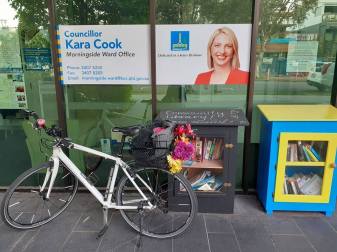 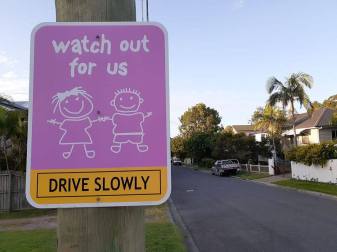 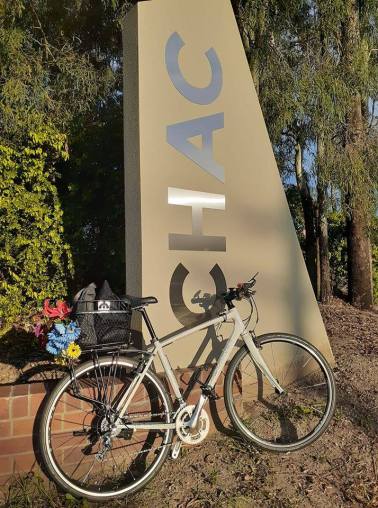 Early this week the City of Adelaide followed the City of Sydney in making pedestrian crossings automatic – there is no more need to press the beg button to get a turn to cross the road. Well done Sandy Verschoor, Lord Mayor of Adelaide and Sydney Lord Mayor Clover Moore. Here in Brisbane, Jonathan Sri, Councillor for The Gabba had already been calling for this in Brisbane for some time, and we urged Lord Mayor Adrian Schrinner to get on with this one quick and simple thing…

Then, Bingo! On Wednesday they did it! Well done Lord Mayor and Brisbane City Council on this simple and really positive step: automating the pedestrian crossings in the CBD, Southbank and The Valley (with more to come). Let’s keep it permanently!

This article discusses 3 quick and simple “road system vaccinations” to minimise the burden on our health system from road trauma while those resources are severely stretched. The good news is that Brisbane City Council has made a start this week by automating pedestrian crossings in the CBD, Southbank and The Valley. They should also be taking the other two measures: safe system speed limits and removing parking on high-speed roads.

As the author says: If there was ever a time for a systematic road trauma intervention this is it. If you have the ability to act or influence, DO IT NOW!

In the face of the COVID-19 health crisis, Bogota in Colombia are adding 117km of temporary bike lanes to the city. Getting people on bikes takes people out of public transport to help with social distancing and reduces the need for private vehicles that occupy the increasingly valuable space that humans need to distance themselves as we make essential local trips.

Here in Brisbane, our council has relaxed parking restrictions and removed charges for on-street parking. While we recognise the merits of not requiring people to tap the keypads on parking payment machines (in case they aren’t able to properly wash or sanitise their hands immediately afterwards), we think it would also be the perfect time to implement measures making it safer and easier for essential workers to take active transport to work.

While you’re staying home, here’s a great resource for people with kids at home (or maybe for adults who never had a chance to learn to ride when they were kids). Roadie Rob’s Bicycle School have published a set of instructional videos on how to ride a bike. Get wheeling!

Did you miss out on seeing Motherload at the Brisbane Bicycle Film Festival earlier this month? Well, exciting news, it’s now available to view online; you can rent it at https://vimeo.com/ondemand/motherload.

Motherload is an inspirational, uplifting film, and an opportunity to come together with people from around the world. What could be better with what’s going on right now?!

Also, two years since we screened it at the 2018 Brisbane Bicycle Film Festival, the inspiring documentary Why we cycle is available to watch at home via Vimeo on Demand. Find out why cycling is much more than just cheap, healthy and convenient transport; it has the power to transform society. Let’s imagine a kinder, happier city where community connections matter most – and let’s make it happen!

In Brisbane this week: e-Mobility is in, CityCycle is out. Green bridges connecting Toowong, West End and St Lucia are in; the Norman Park Ferry is out. Apparently no-one rides on Sir Fred Schonell Drive. Proof pop-up cycleways are possible in our city, but the CBD still hasn’t popped! Around the suburbs to Ransome/Wakerley, Annerley, Darra, Nundah, and Tennyson/Graceville. Break free from car addition, and have fun with custom bikes instead.

A traffic island mysteriously appears, then disappears in Chelmer. The CityLink Cycleway construction contract is signed, and the Veloway overpass at O’Keefe St is coming! Good progress at Indooroopilly and Wooloowin, but a horror show in Belmont. A black spot in St Lucia; a wrong turn at Bowen Hills; and we visit Kangaroo Point, New Farm Park, Morningside, and Rochedale; and check out the new KittyCat ferries.

This week, Kath makes the media pointing out that the choice of safety versus convenience is not one drivers have to make each day like she does riding her bike. But there’s good news for the CBD CityLink Cycleways and the connection to Viola Place. Disruption ahead in Toowong; Mark Bailey is reappointed Minister for Transport and Main Roads; and we acknowledge the World Day of Remembrance for Road Traffic Victims.

We’re all suffering post-election fatigue this week; the best cure is a bike ride! We celebrate progress on the Brisbane Bikeway, and confirmation that the next stage will head to Eagle Junction! We discuss cycling through Newstead, a new bike parking cage at Virginia Station, and efforts to quantify how cycle-friendly Brisbane is. Melbourne has just returned a bike-friendly Mayor, proving bike lanes are a politically smart policy in Australia.

This week: Queenslanders re-elect a Labor government, and we look forward to more progress on bikeways. There’s good news for Kangaroo Point, and the Kedron Brook and Jim Soorley Bikeways. Wayfinding for the River Loop is coming soon, and a new report recommends Sunday Streets. We revisit Boggo Road, look at plans for the Indooroopilly Roundabout, and reflect on the failure of Wynnum Road.