If we can ‘Save the Whale’ can we ‘Save the Cyclist’

Water and watched the last of the migrating whales head back towards the Antarctic for the summer. One in particular was breaching and slapping its fluke, playing, relaxing, showing off, it looked like it was having fun. “Well done world”, I thought we have saved this species from the brink of extinction. Fifteen years ago, when I lived in Byron Bay, I remember sitting out on the headland underneath the lighthouse, sometimes all day, waiting to see just one whale, and there was always lots of excitement when we saw a fluke, a blow or if we were really lucky a breaching whale.  They did a count back then of the number of whales going past, and it was always a very sad number.  I am now a city dweller and visit the beach a few times a year, but if it is during our winter I always see whales, it is not a rarity anymore it is almost a certainty.  We are lucky living on the east coast of Australia that we have easy access to such a wonderful sight. 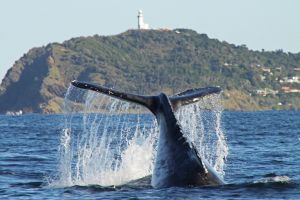 At some point, we, the human race, decided that enough was enough and we created protected space for whales, they can move up and down the coast without fear of harm and they have thrived, are having fun and there are more and more of them. Research and counts conducted by UQ has shown that the number of whales is increasing at approx. 10% per year

Recently whilst visiting the Asia Pacific Cycle Congress I listened to a talk by Pete Zanzoterra a Freelance Sustainable Travel Consultant from the United Kingdom.  He described cyclists as an endangered species due to loss of habitat. It’s true, our cities are not fun anymore, they are all about cars, and travel times.  For a person on a bike city riding can be perilous, we often struggle to find a safe space to ride in.

Many world cities have already started to protect the bike rider, installing or planning to install protected bicycle lanes, allowing for people on bikes to get around safely. European cities such as Amsterdam and Copenhagen have lead the way in making roads safe, but now US cities such as Seattle, Los Angeles, Austin and  New York are following suit. Protected bike lanes are good for traffic movement, safer for people in cars, people walking and people on bikes and they are also good for local businesses.

So will protected bike lanes bring bike riders back from the brink of extinction?

In the USA it seems to be working, cities are showing some huge growth in bike traffic when they install protected bike lanes. Everywhere they appear protected bike lanes seem to attract riders. Given all the right conditions the bike rider is thriving again, they are helping to make their city healthier and safer.

Space4CyclingBNE ‘ask’ number 3 calls for ‘Protected space on main roads’. We want to see the bike rider thriving in our city and given that protected space we hope it will.